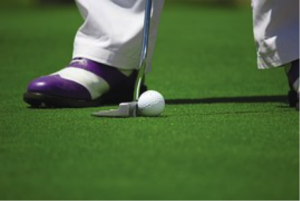 It’s really pleasing to see a number of high profile companies finally realising the general ineffectiveness and, often futility, of the annual performance review. Ineffective at best, toxic at its worst, these once a year sit down, fill out a form, tick a bunch of boxes, and …. sign here please rituals have long been the bane of both the employers and employees lives.

And then came along the breakthrough thinking of enduring this dance not once, but twice a year. The thinking was “more effective”, the often result was “more wasted time.” And so finally we have what appears to be a common sense approach to the ongoing growth and development of an organisation …. ongoing coaching conversations with people. Organisations may, and probably should, still retain the annual planning sessions with staff but separate out the feedback part. This means that the planning session will be looking forward while the feedback session will be continuous throughout the year.

I remember many years ago having a rather frustrating conversation with the CEO of an international company who believed in arbitrary bonuses once a year at his sole discretion (the term “paternalistic management” springs to mind). Anyway, no amount of persuasion would shift his thinking on this. To him, regular feedback was definitely not necessary, besides, “they were all intelligent adults who knew their job”. And so, one day, I invited this golf loving CEO to a round of golf with myself and a colleague. The CEO played a ‘reasonable’ game apart from three lost balls – a plethora of shonky shots and a score that a weekend hacker would grudgingly accept. My colleague played beautifully, finishing four under par at the 18th hole.

It wasn’t until the 19th hole (the bar, for non-golf enthusiasts) that my colleague revealed to the CEO that he was indeed a golf pro and coach from another Club. He then began providing feedback to the startled CEO, focussing on each of the 18 holes, and the tips and tricks that would have improved his game along the way. The CEO, reeling at this, finally blurted out “Why didn’t you tell me at the time? I could have played much better with those comments along the way!”

It was at this rather explosive point in the conversation that I slowly leaned forward, looked the CEO square in the eyes, and ever so gently said, “But you said you only believe in once a year feedback.” The following week the CEO and I had a very positive conversation on the notion of a coaching culture. Surprisingly, performance and engagement both improved dramatically.

The world of business has moved. By 2020 well over 50% of the workforce will be Gen Y, a cohort that is very clear in its requirements for regular coaching, continuous feedback, and significant involvement in the “running” of the business. The traditional model, with clearly defined job descriptions, a fixed sitting position at a work station, and a solid reporting line to one supervisor has been and continues to be replaced with flexible capability statements, matrix or alliance reporting structures and a very flexibly workforce model. So too are the tired old, once or twice a year, formal sit-downs being replaced by ongoing informal conversations between employers and employees. Those businesses that miss this shift will continue to fall below par.